This time it was Tensings' turn. She waited until we had gone out to a local fiesta and produced twins. 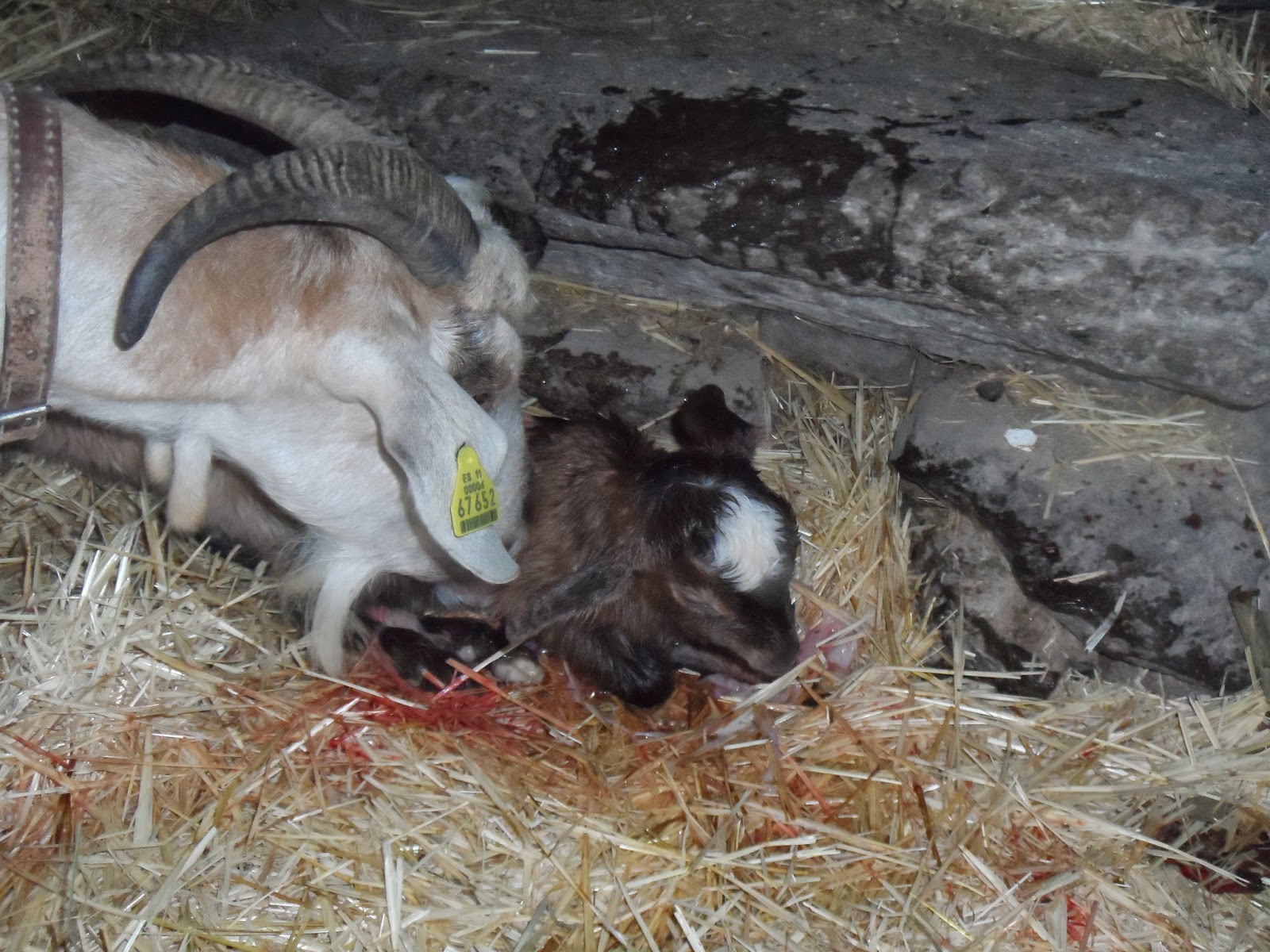 We have a boy (the dark one) and a girl (lighter and smaller than her brother). 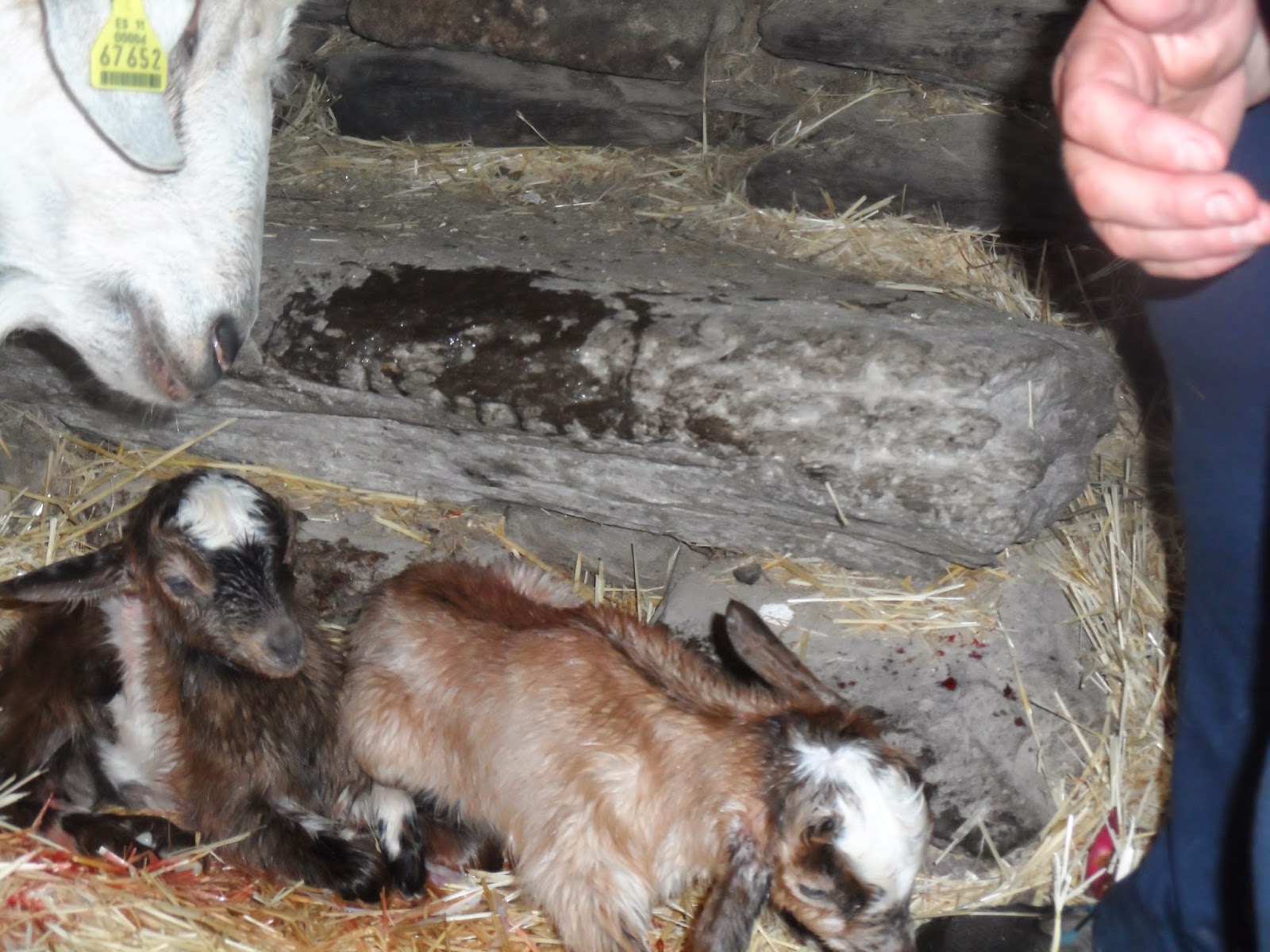 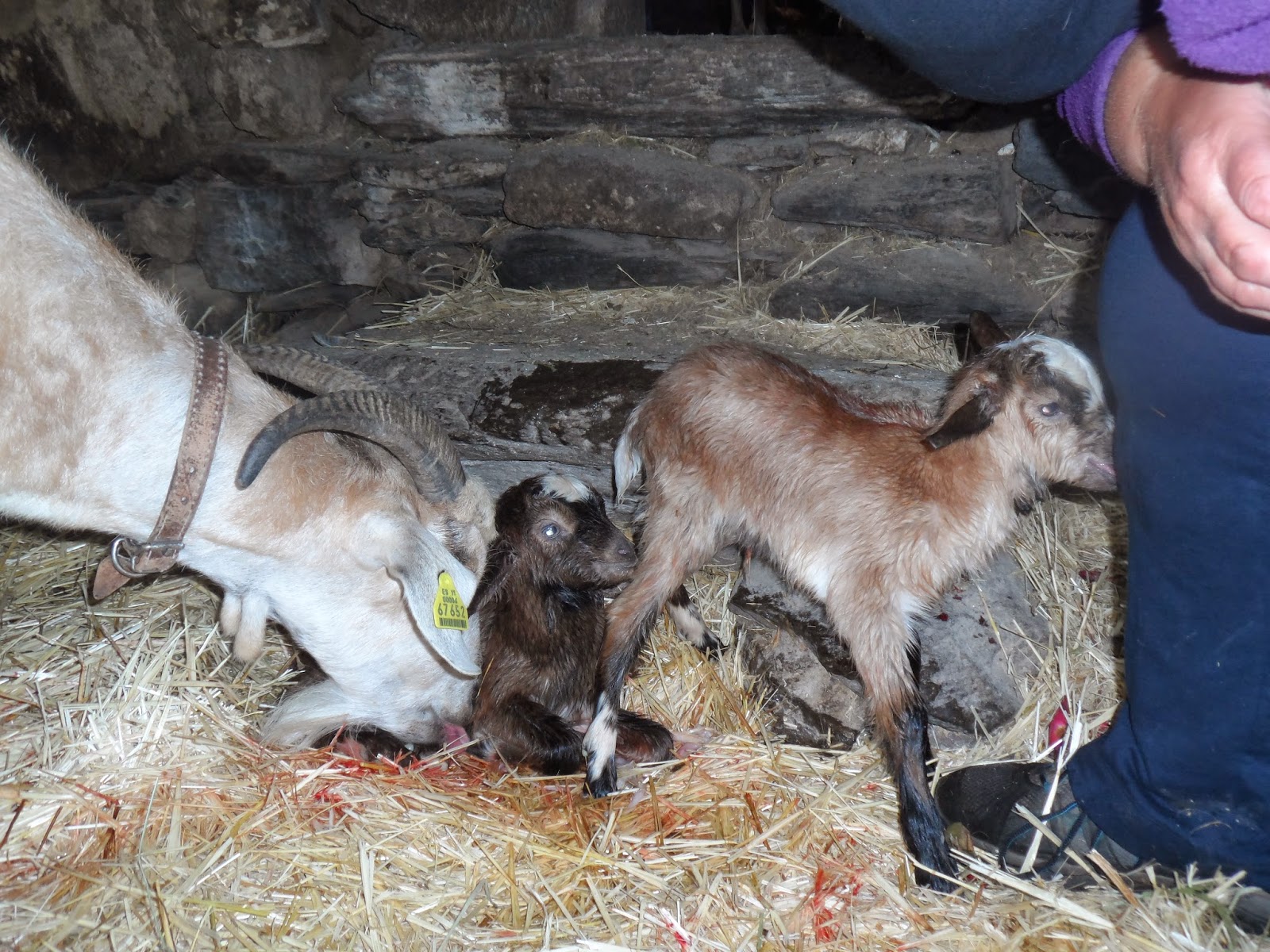 Unfortunately by the next morning it became obvious that the girl was hungry and weak so we had to run around and sort out bottle feeding for her. A friend (thanks Shenna) kindly came round to look at them and we discovered that one half of Tensing's udder had clots of milk and lumps in it. It was a bit too soon for mastitis to develop but after milking out the affected side the milk has cleared since we have been milking and discarding milk from the affected side. We are now watching Tensing carefully in case her condition deteriorates and keeping all fingers crossed for her. Both kids are now feeding from Mum and bouncing around happily so we are holding off the supplementary feeding for the moment. 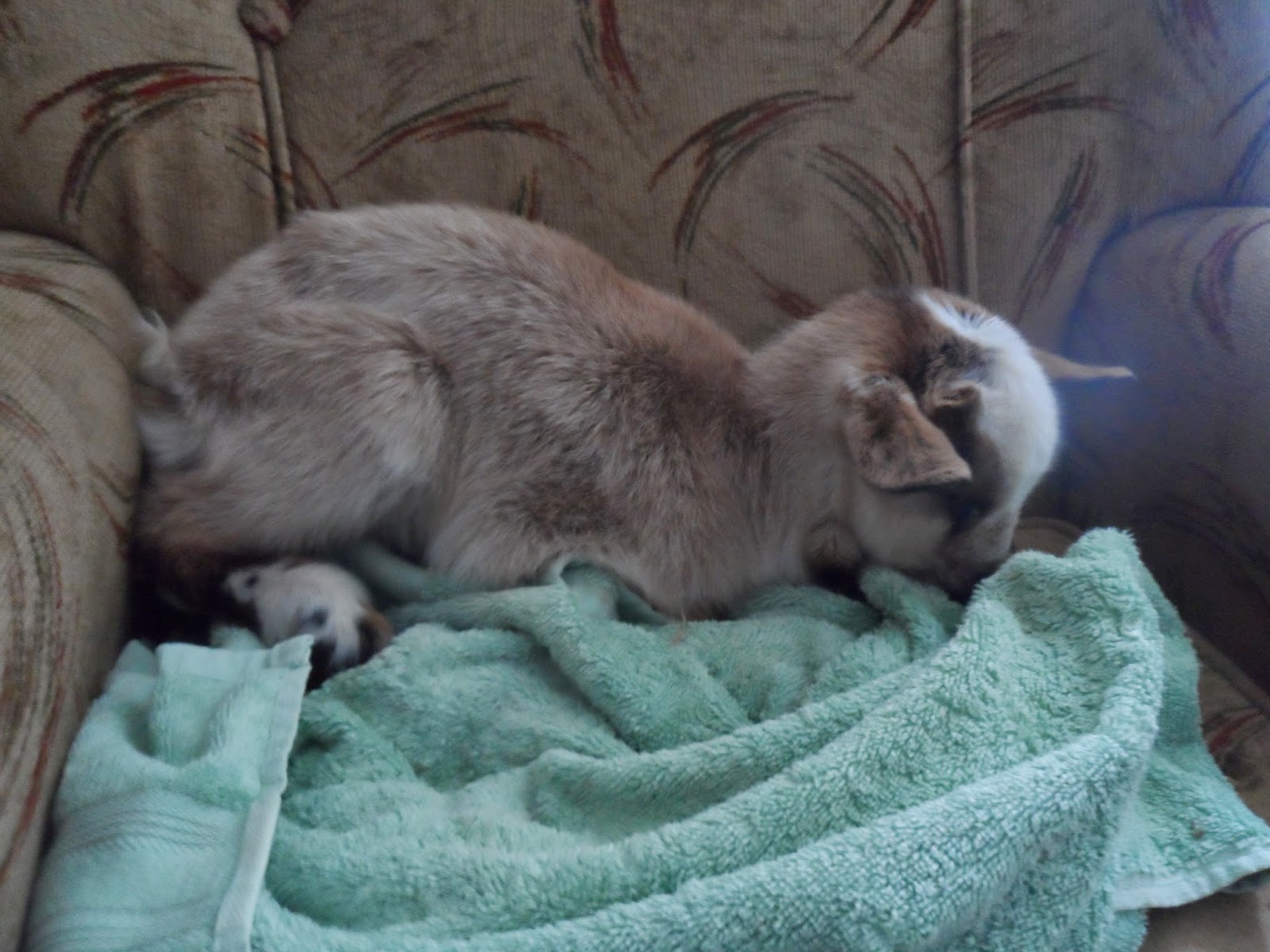 The first kid Fay is now enjoying having some new play mates. We have named the boy Puck and the girl is Lilly.