Unfortunately our young white cockerel Barry died last week. Our dogs cornered him outside where he shouldn't have been and mauled him. Although he only had one cut he had some of his feathers pulled out by the dogs and by the time we discovered him, he was in shock. Despite our best efforts he died over night.

Naturally Tim and I feel awful but we didn't hear any kerfuffle. Accidents do happen, chickens drown, are taken by birds of prey, sometimes they just disappear like our much loved young cat Monty but in most cases there is very little that can be done. In the wrong place at the wrong time. None of us are immune from death. As Terry Pratchett said in Good Omens: The Nice and Accurate Prophecies of Agnes Nutter, Witch. 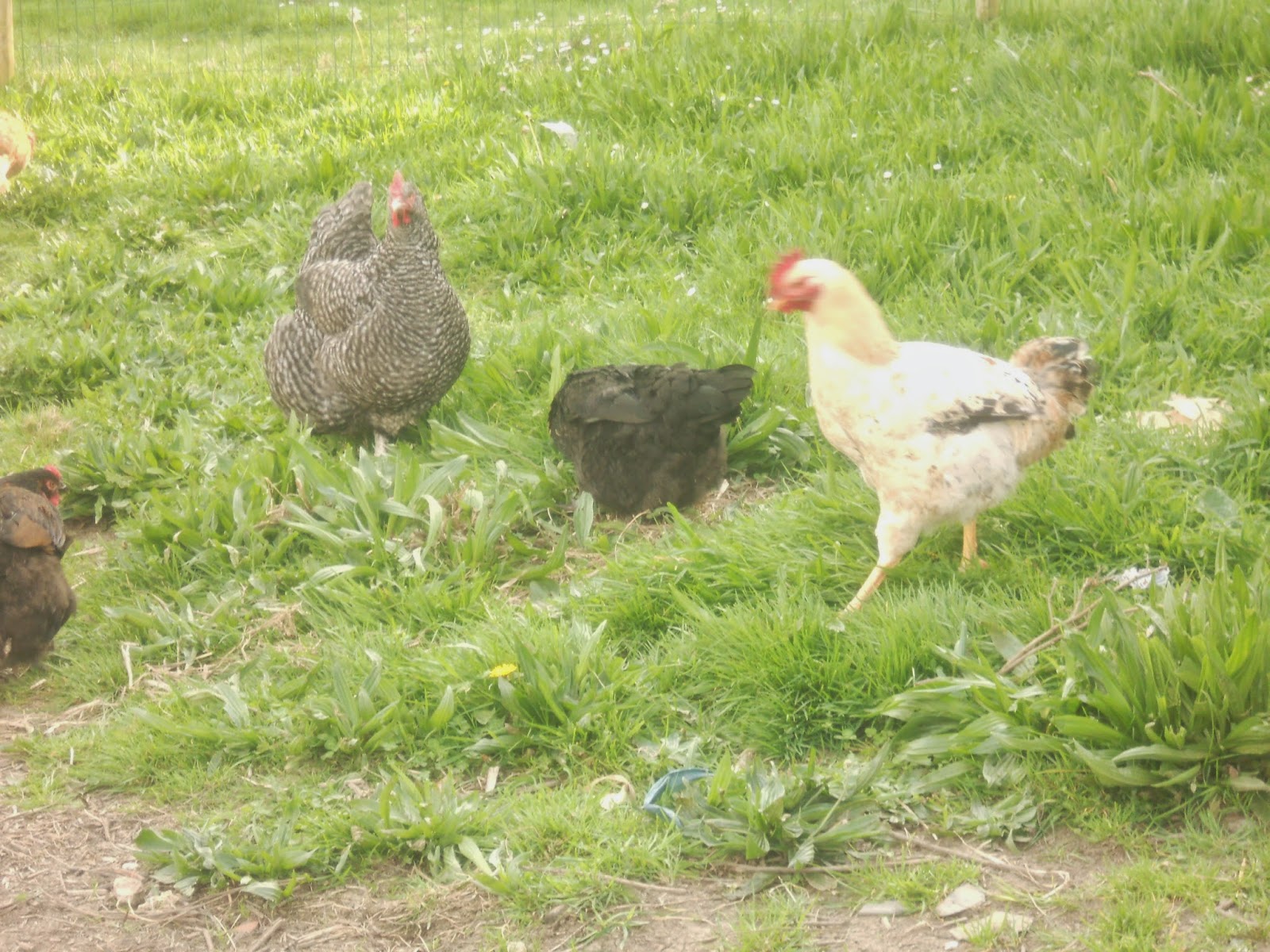 Barry in happier times with some of his ladies

The hens were very subdued without their man so Tim and I bought another one at the local market yesterday. We have named him Errol (after Errol Flynn) as he is handsome and dashing and able to twirl his moustache with one wing.. After a few minutes here, he was doing what cockerels do with one of his new harem and he has settled in beautifully. We only hope he has a long and happy life with us. 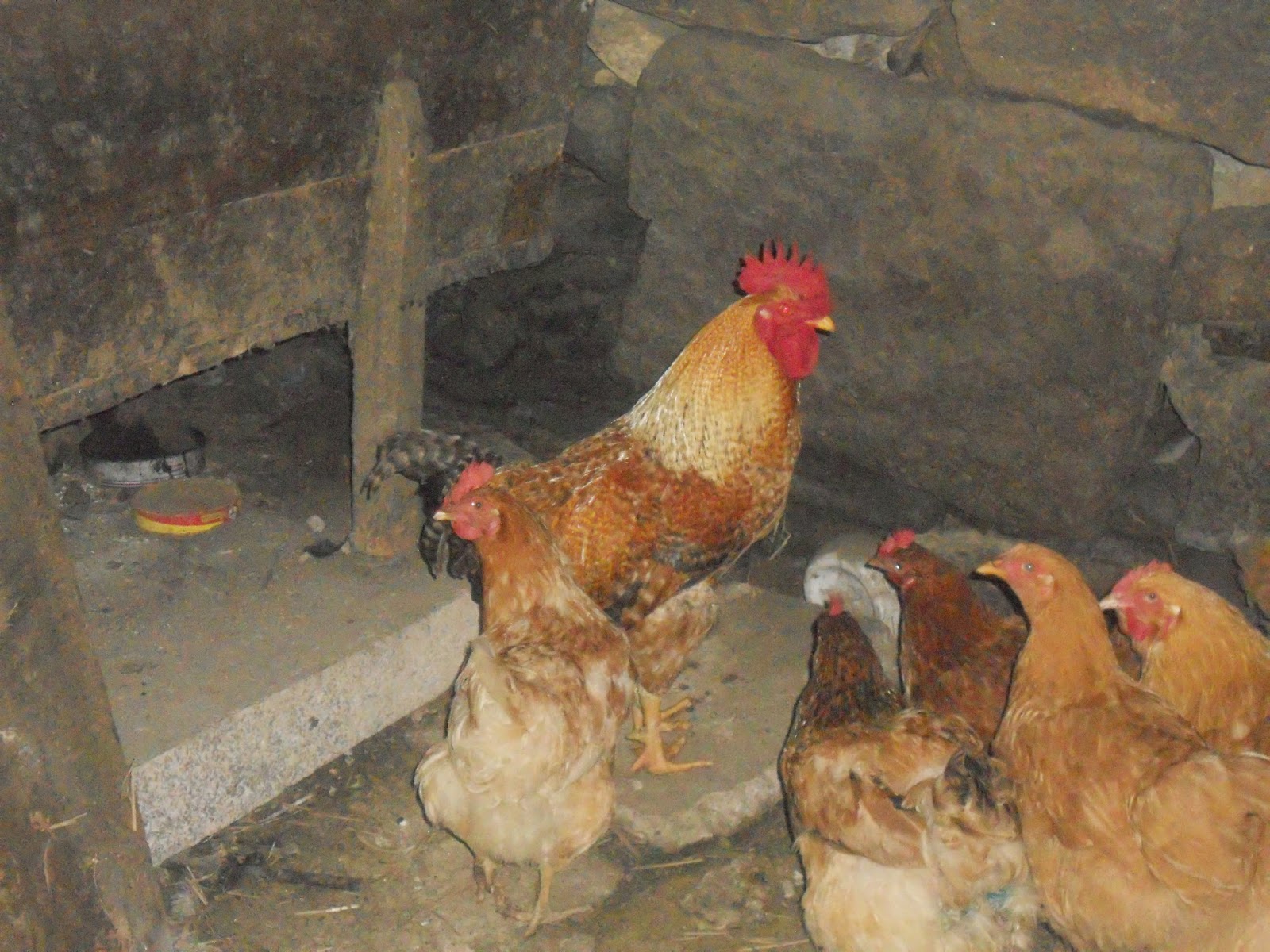 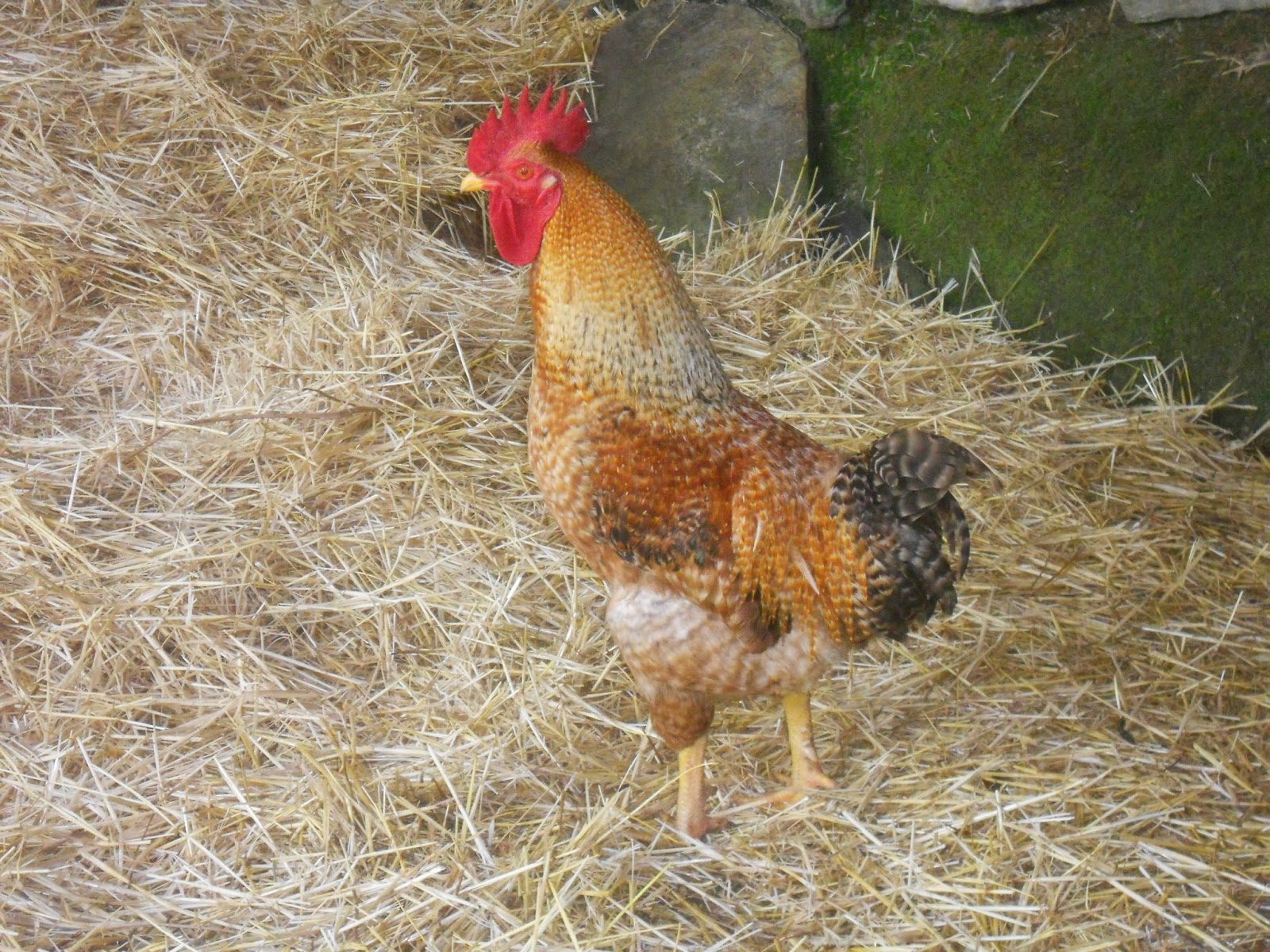 Otherwise we continue to preserve the fruits of our labours. We bought a dehydrator and are drying some of the huge fruit glut, grapes, pears, apples and figs. Seed saving continues, various beans are drying for winter soups and stews and the turkeys continue to thrive. The gentlemen Turks are quite magnificent in their bright colours and enjoying every moment of their lives. As the old Irish proverb says "A turkey never voted for an early Christmas." 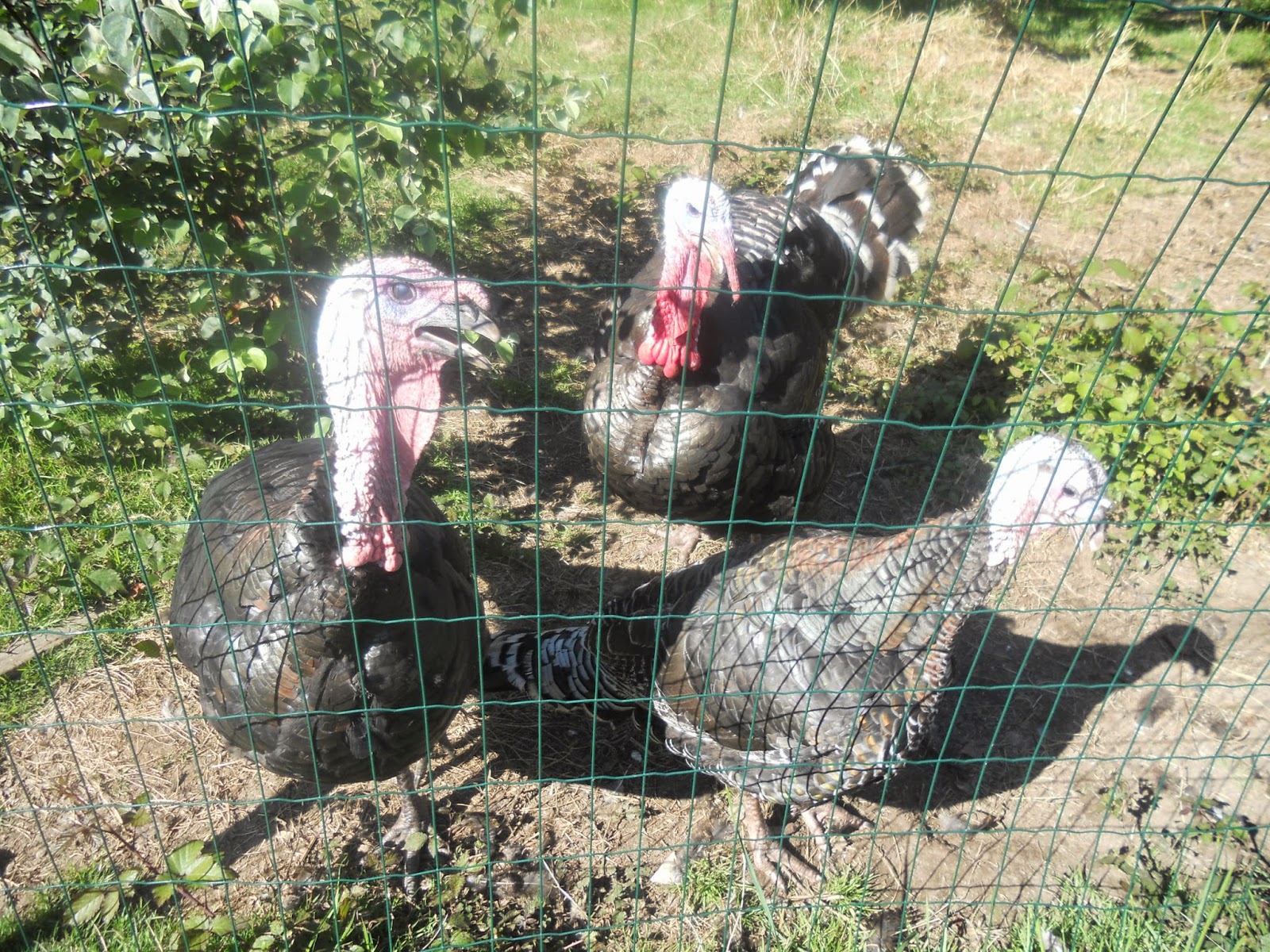