Last night when I went to put the turkeys away for the night I found one of the males recently dead. There were no marks upon him and I suspect he fell victim to a heart attack something that they are very prone to, due to their excessive size. As he was still warm I removed his breasts and legs and put them in the freezer this morning for eating later. Each breast was 2.5kg and each leg was 2kg of meat, he was around six months old. It seemed like a crime to waste his death.

This year we are trying out the accommodation for them including the orchard they roam in and the security of the fencing. It has been a success, they seem to be very happy in their housing under the horreo and they are eating the fruit windfalls, grass and insects, as nature intended. Bronze turkeys have been bred to gain weight very fast and their double breasts mean that they can not mate naturally, the females have to be artificially inseminated. They are also prone to heart attacks and in commercial barns are fed sedatives and antibiotics in their food to stop them fighting, moving around too much and dying from disease. 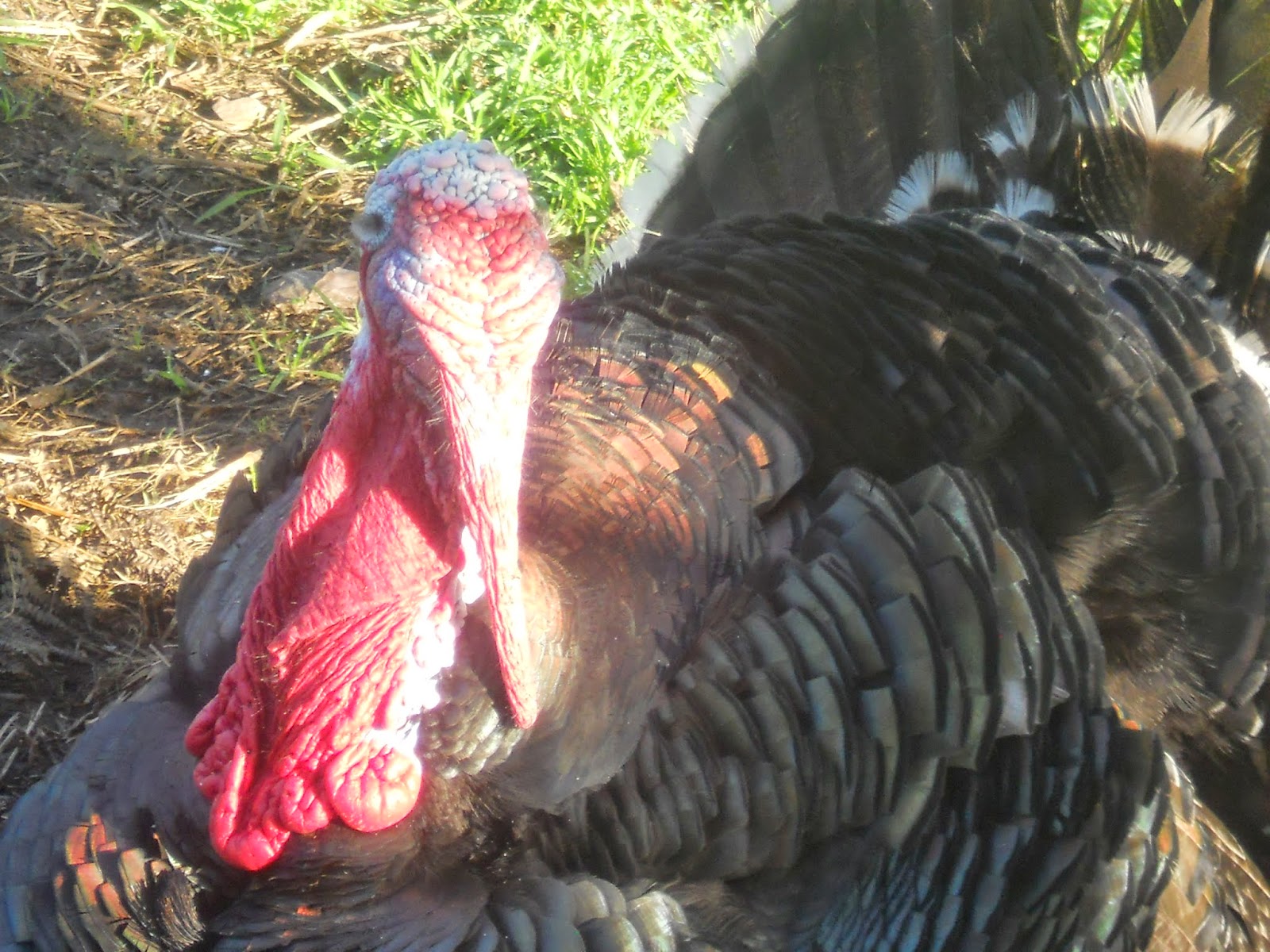 I am pleased that I gave him a good life, for as long as it lasted, he had company, the sun on his back, the best of food and drowsed away the warm afternoons in the shade of the trees. 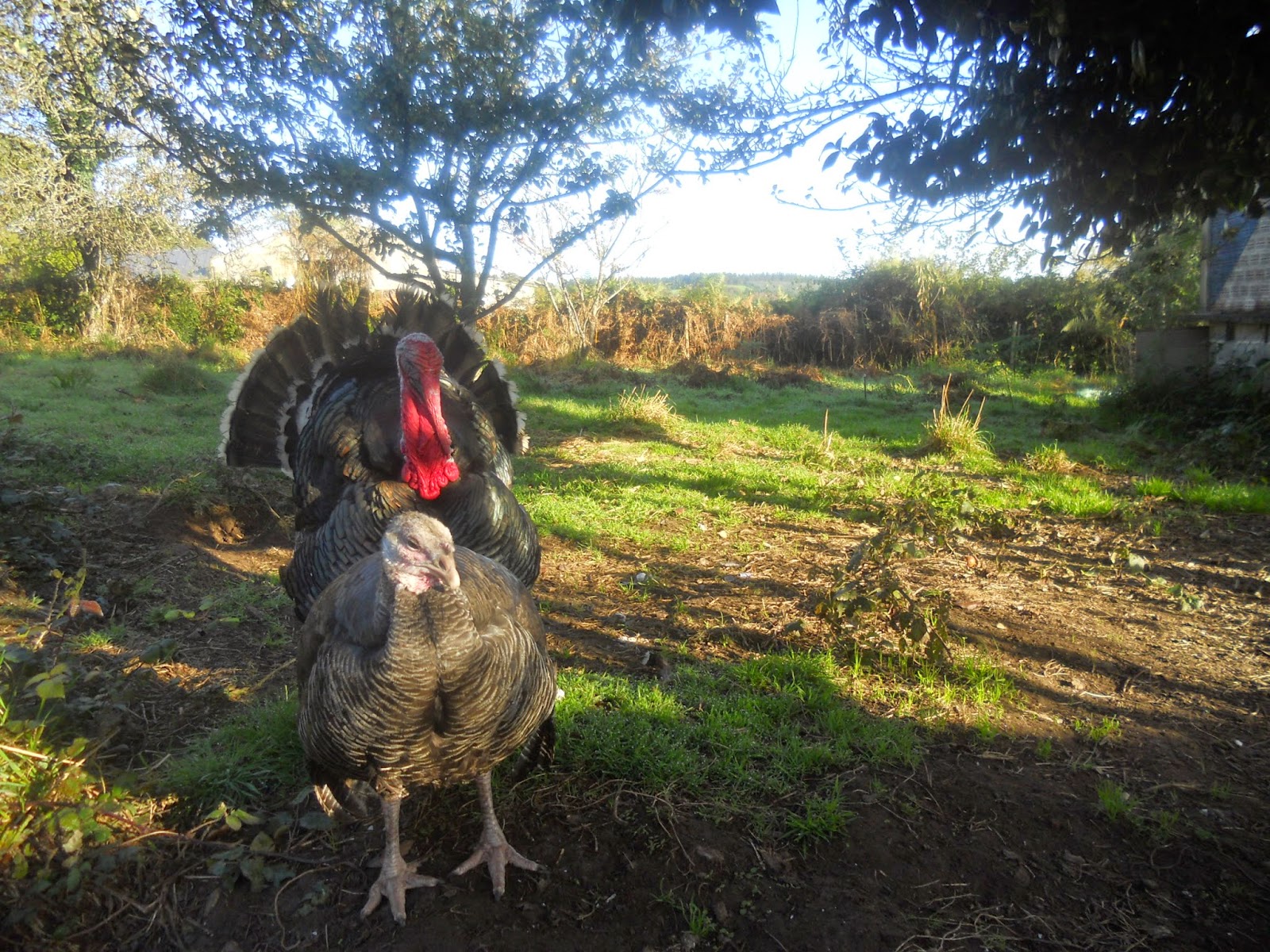 There is however a part of me that is so angry at the way humankind feels it can breed and factory farm animals to suit itself without any moral obligation to ensure a decent quality of life for them. There are several blocks in the area, full to the brim with sedated turkeys which stink as you drive past them. We have done it to pedigree dogs and cats (bred them for looks not health) as well as other poultry, pigs and cattle. I am a carnivore and I enjoy eating meat when it is home produced, raised outside, with friends of its own kind and slaughtered quickly and humanely where it lived. Every part of the animal is used where possible and the manure is a valuable asset when applied to my vegetable beds I would rather eat less meat than continue to support the inhumane production of meat. There is a niche on a small-holding for a small number of animals which use waste vegetables, keep grass down and produce high quality protein. Man has deliberately bred bronze turkeys to be unhealthy, profit as ever comes before any other consideration and left to its own devices this breed would die out in one generation.

We have already decided that next year we will get local Spanish Black turkeys, smaller than the Bronze, able to mate naturally, better at foraging and growing more slowly and ultimately smaller. We hope to keep a pair or trio and in future years, are intending to rear our own chicks and sell any excess birds to friends.
Posted by The Hairy Ranter at 10:02