On Saturday night my daughter and I went to the local village Magosto Fiesta. As ever it has pagan origins and celebrates the chestnut harvest. In Galicia the chestnut is very important as it was the major carbohydrate food source prior to the arrival of potatoes from the new world. 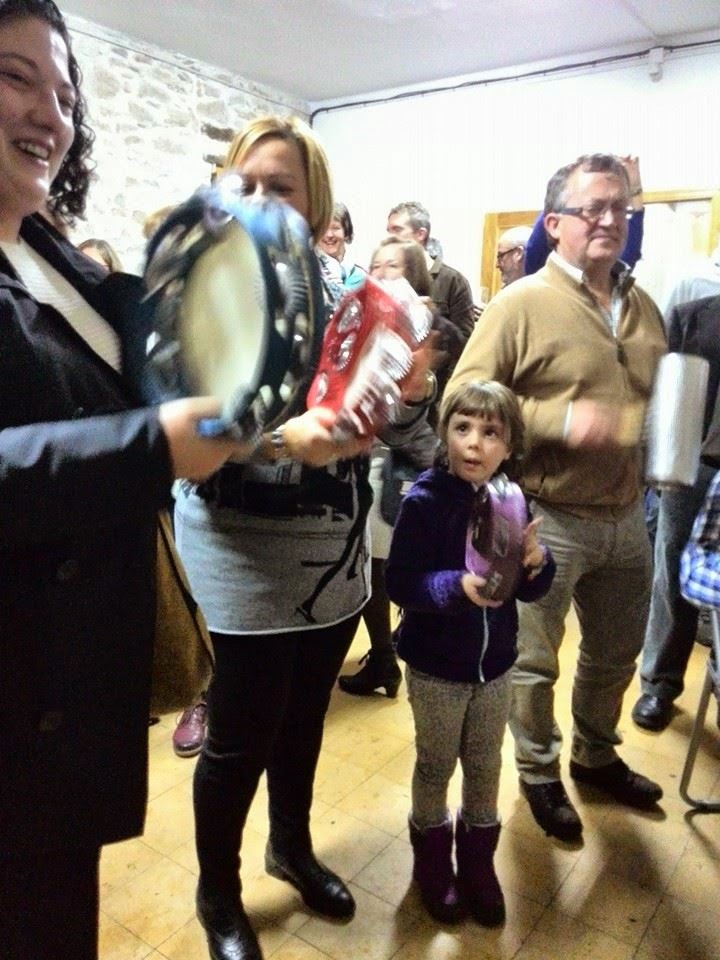 We ate a delicious chicken paella with local wild mushrooms, various pork products including jamon, the fresh new red wine, numerous deserts and a wonderful chestnut ice cream and roasted chestnuts of course. After this the music started with the musicians just joining in with each other informally and singing. Dancing followed and a great time was had by all. 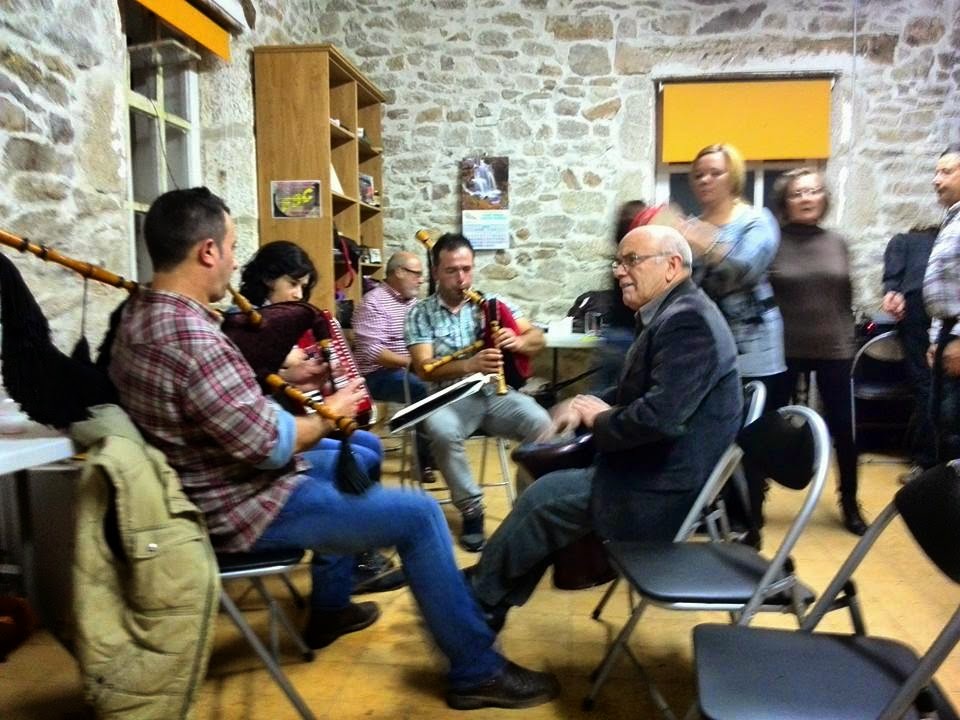 There was chestnut competitions such as the largest, smallest and most unusual use of chestnuts. The winner being a Santiago pilgrim complete with walking stick and backpack. An Autumnal photographic competition was also hotly contested. 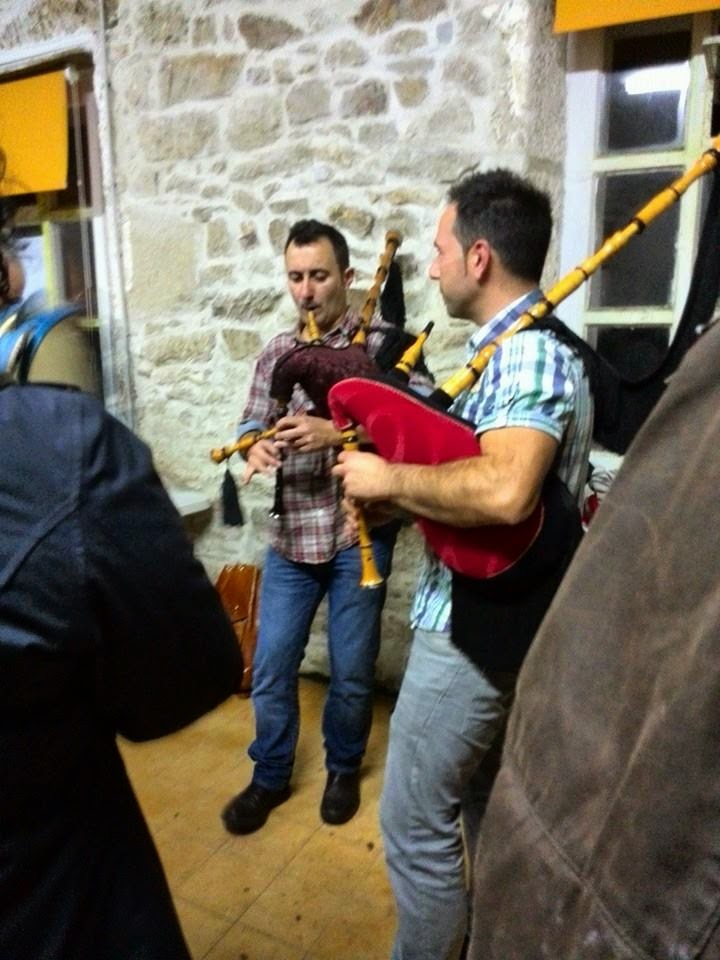 We left at 2 a.m. and the fiesta was still going strongly, probably until dawn (they usually do).
Posted by The Hairy Ranter at 10:09