We have got away with a mild winter so far but yesterday the first proper storm of the year hit called Hermann with heavy rain and very strong winds, followed last night with snow which continued into this morning. It is as ever, very beautiful and proved to be very exciting for the dogs. 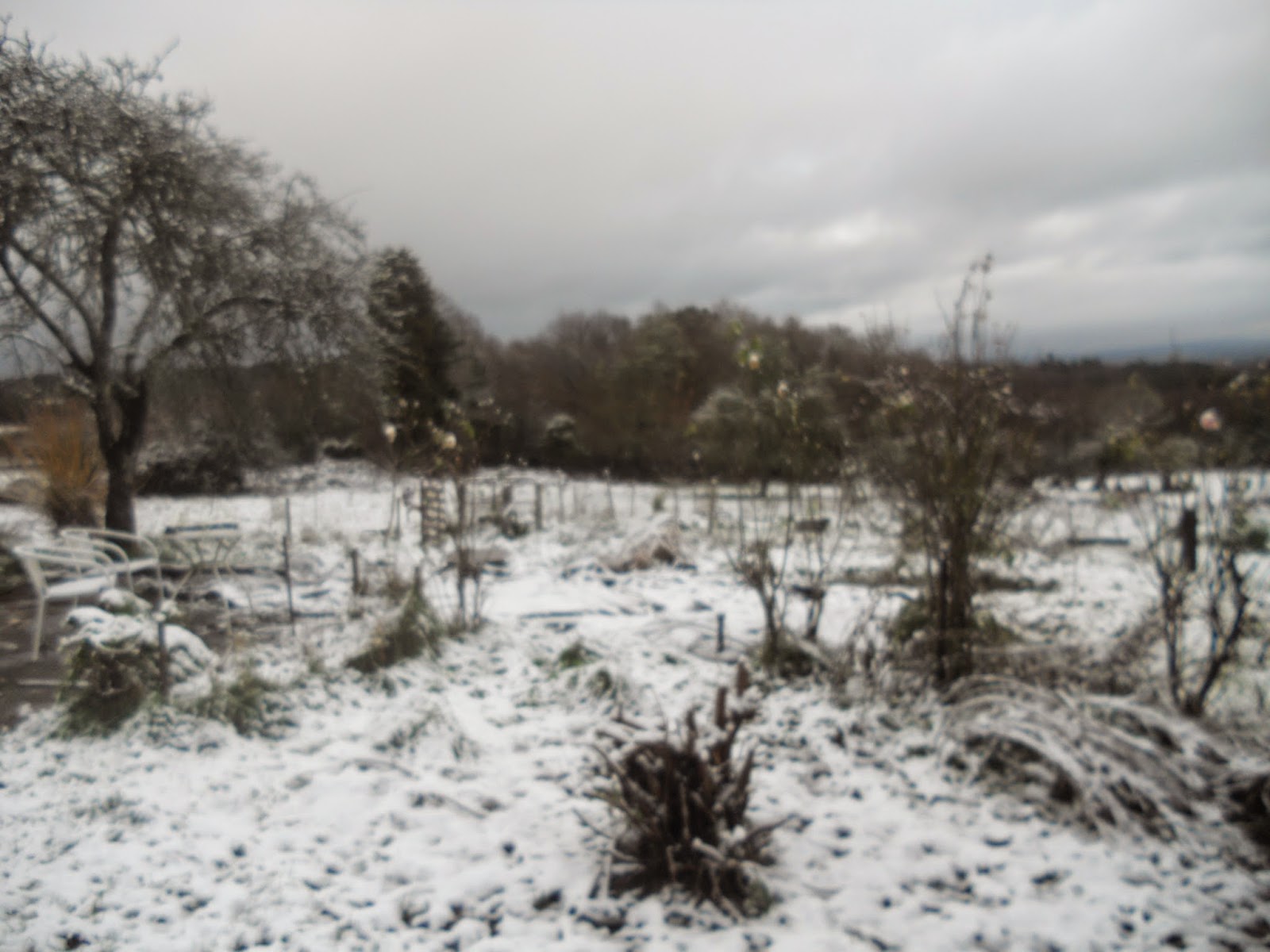 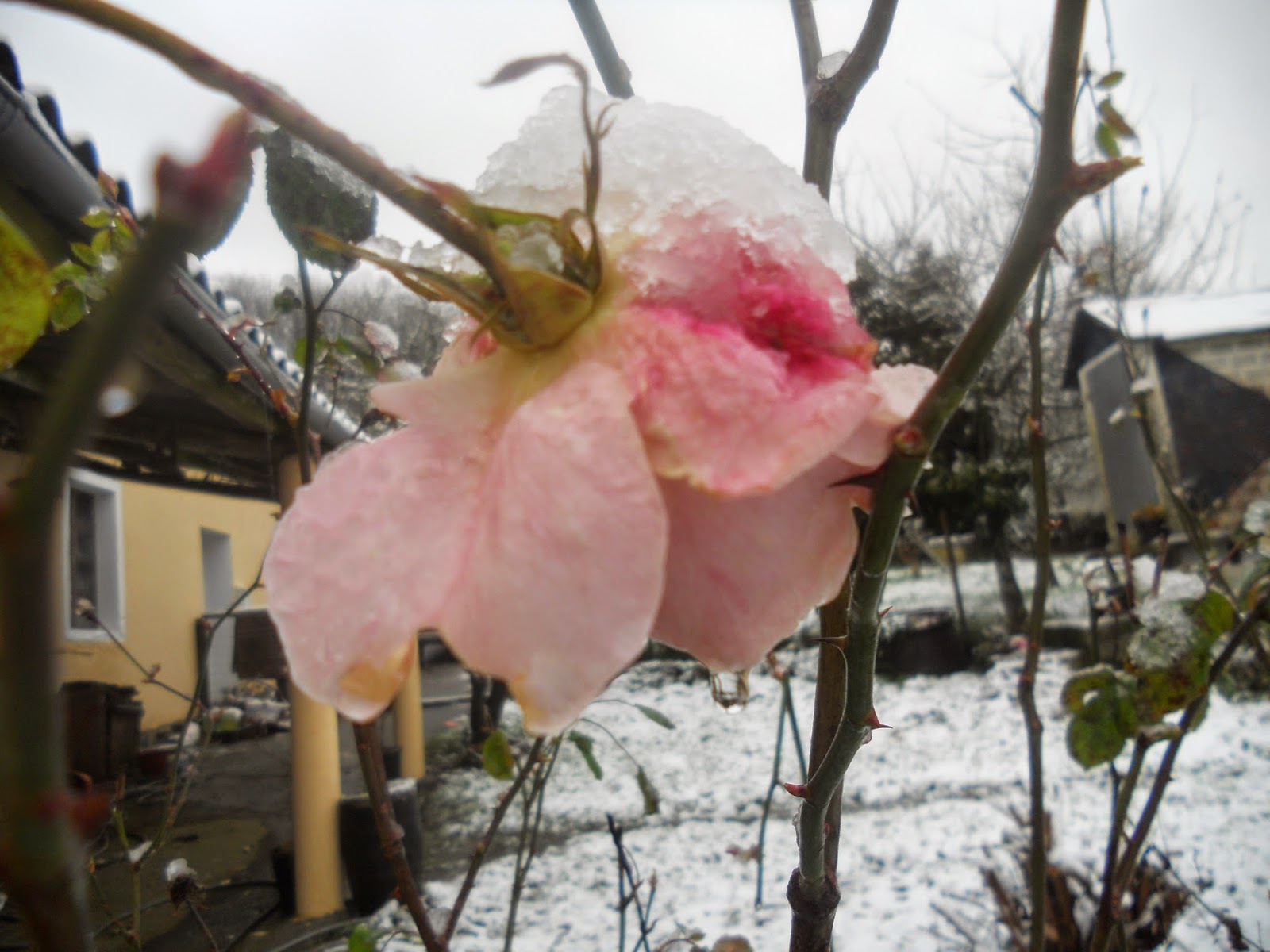 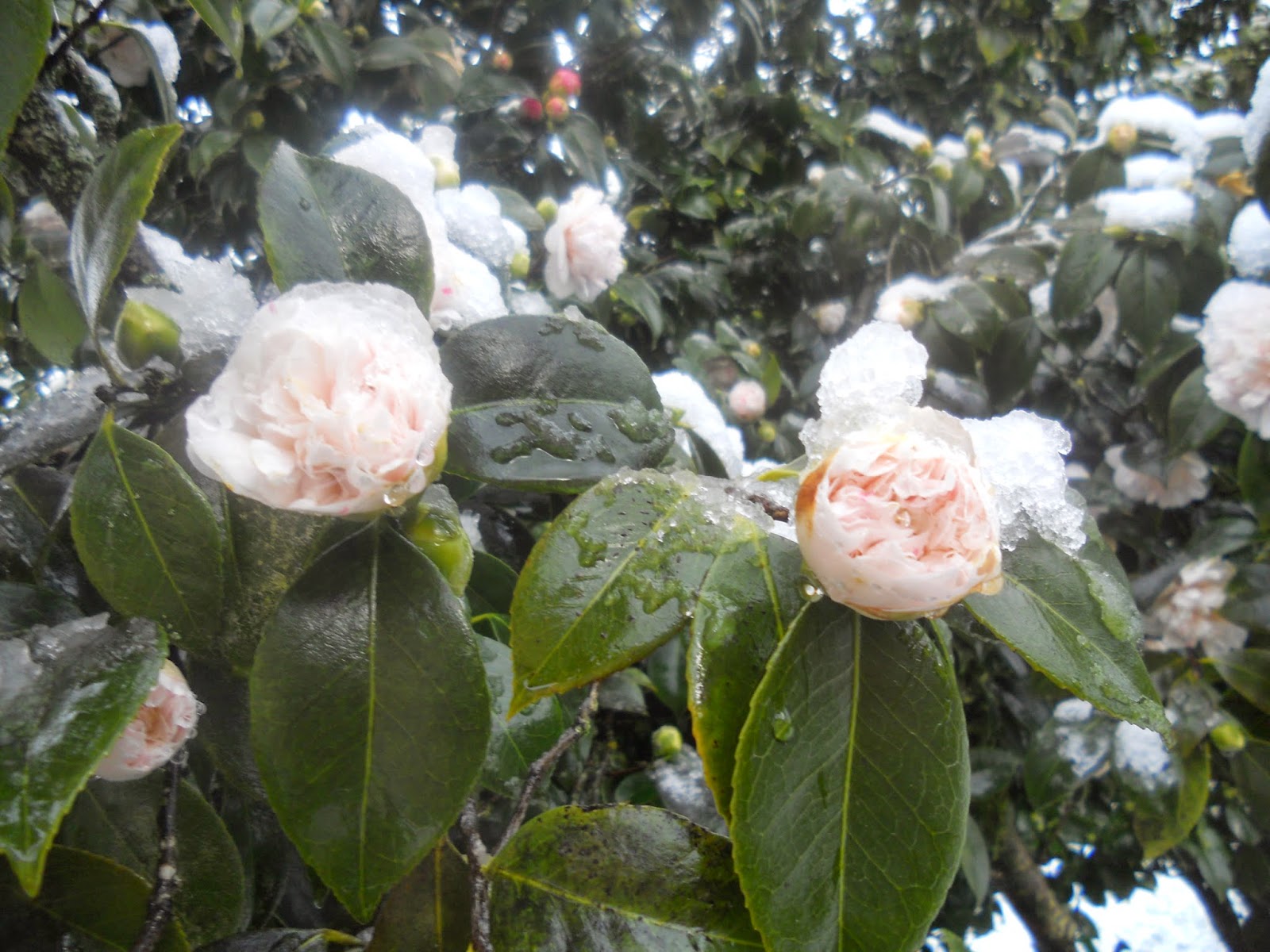 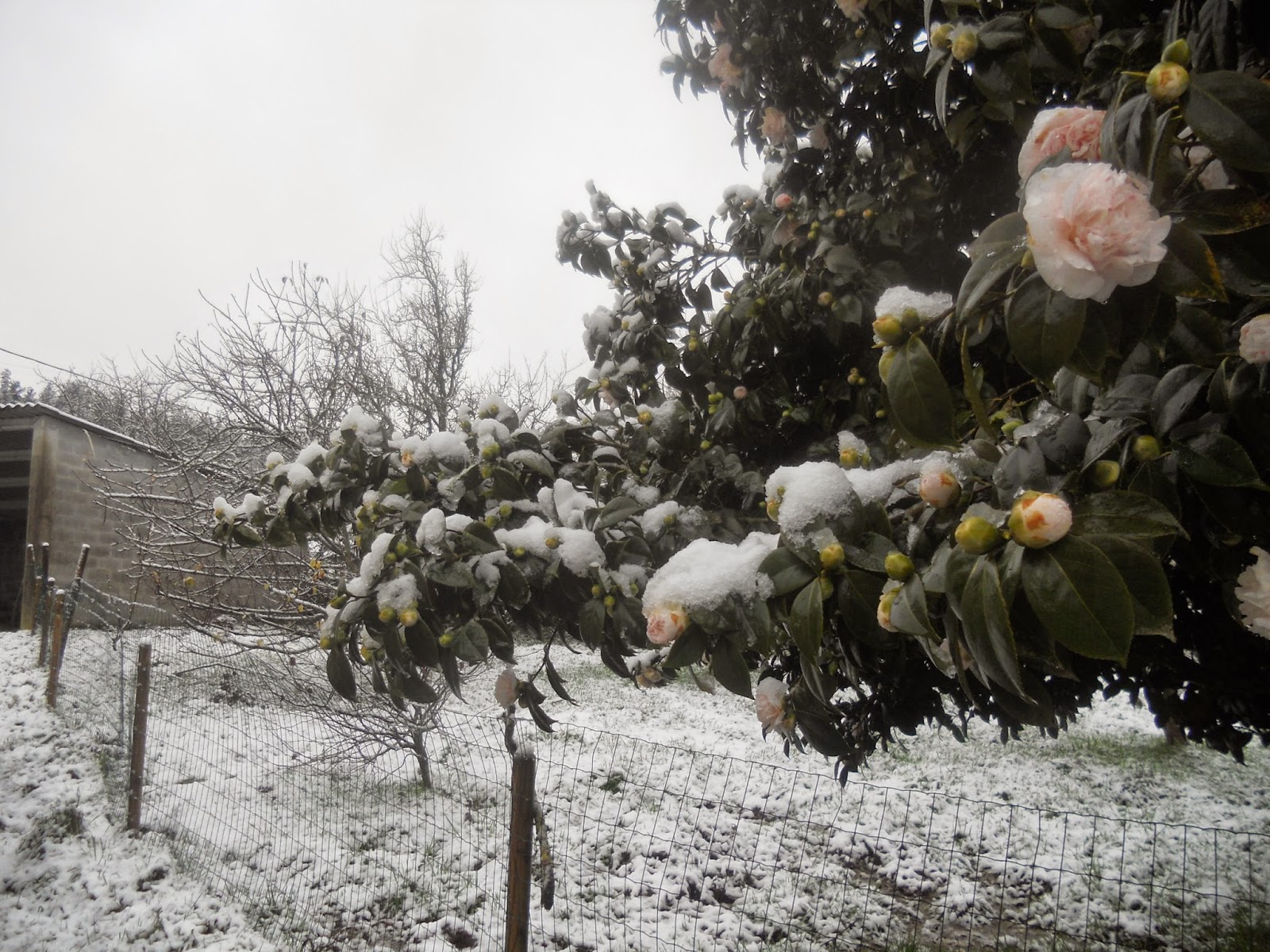 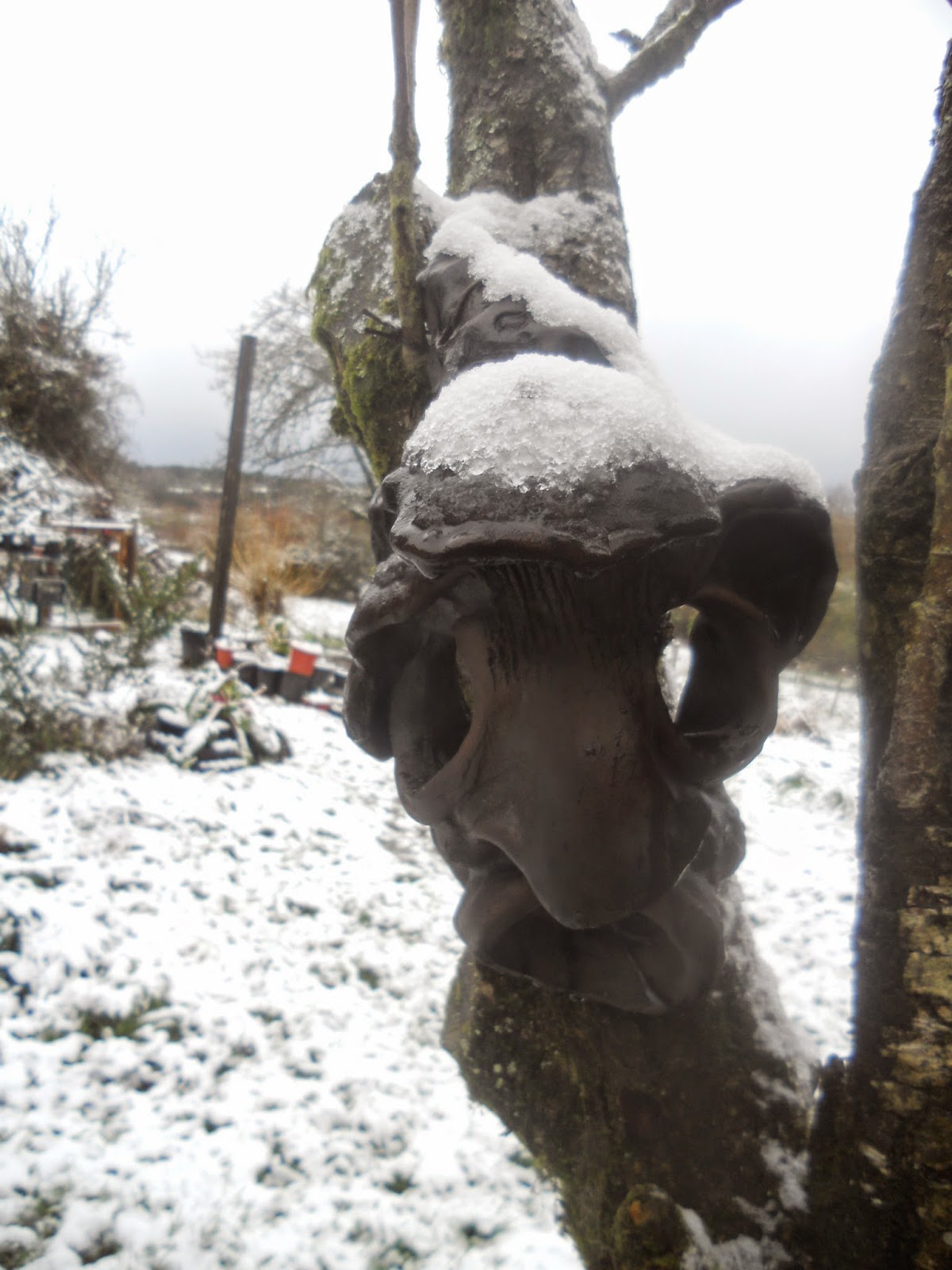 It is now sleety so I expect the snow will be gone fairly soon.

Tim is still here and we have had a wonderful six weeks together, four of which he has spent working but just having him here is great. We both hope he can spend more time here in the coming year. A new sowing year has arrived and I am busily planning what I will grow. It will include some unusual tubers this year, yacon and oca, a first for me. We didn't exchange Xmas presents this year but we did order some old style perfumed bare root roses from the UK and another small order from Martin Crawford's Agroforestry Research Trust. This includes sea buckthorns, juneberries, a damson a dogwood etc. which will add to our more unusual plants and trees in the steadily growing forest garden. We also spent time over Christmas brush-cutting the brambles which have been engulfing the land.

We both follow various blogs such as the Archdruid Report and this combined with economic and environmental news makes for depressing reading. We have also been watching some videos by John Pilger, which has opened my eyes further to the activities of the CIA  and backed up my rather poor opinion of them gained from reading the book by Naomi Klein called The Shock Doctrine.

In summary, the current world order is continuing to fail, and it will get worse for most of us unless you are one of the super rich. Buying As Petas and trying to decouple from the current system has been the best thing we ever did and whatever the future holds, we hope that our family can continue to eat well, keep warm and sleep safely at night.
Posted by The Hairy Ranter at 10:44