I know I haven't blogged for months but as I get older time seems to speed up and life has been rather more chaotic than usual. With close family members suffering from illness I have been upping my carbon footprint to visit them in the UK. Tim was also made redundant over Christmas so he is currently in the UK job hunting with silent desperation. The environmental news seems to be all doom and gloom and weather extremes are becoming the new normal for everyone. 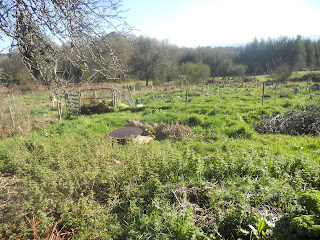 There is good news however. I am in the latter stages of writing a book and kind family and friends are currently proof reading it prior to it's being sent to potential literary agents so everything is crossed that someone will like it enough to take it on. Spring is definitely in the air here, with raucous bird song and two days of sun which has found me neglecting my dirty kitchen floor and sowing seeds in the polytunnel instead. I also have cabbage, broccoli and onion seedlings to plant out as soon as I have some beds cleared of over wintering weeds. They were bought from the market because I never got my act together enough to sow my own. 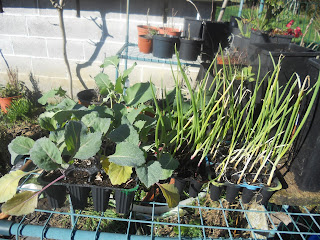 I have however dusted off the propagator and I expect to sow tomatoes and peppers this weekend to be followed by squashes of all kinds later when space allows. The periwinkle has been flowering all winter long. It is a bit thuggish but I am going to leave it where it is as it saves me weeding and I shall put my more delicate herbs and flowers elsewhere where they stand a better chance. It has a loganberry emerging from it so it is productive as well as pretty. 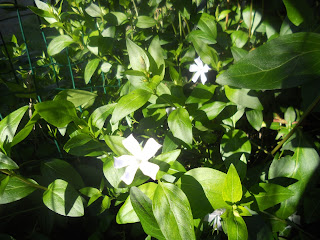 The camellias have also been blooming since December and I have my first dandelion blooming as well. I am keeping some patches of them for tea. I have stopped my anti-inflammatory drugs as they make my heart condition worse and am currently exploring alternative herbs and spices to replace them. 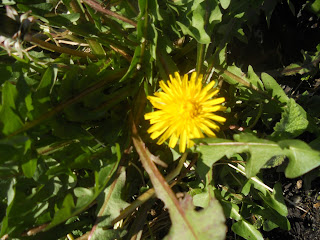 The sweet kittens are now vaccinated and neutered and are ready to start their working lives as mousers (and ratters) we hope. We have eight juvenile meat chickens in the orchard which have settled down well but the white ones in particular are huge and lethargic. They are not used to free range and mostly walk from their shelter to the feeder and back with the odd nibble at the grass. I hope as the weather improves they will forage a bit further afield. 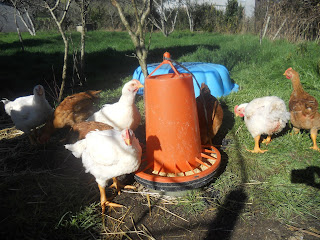 As ever the egg glut has started so some will be frozen for the winter. Hurrah for a new growing year.
Posted by The Hairy Ranter at 10:05