Obviously hardship is relative but one definition is conditions of life difficult to endure. Life in Galicia has fewer luxuries than I had in the UK but is infinitely more rewarding in other ways. Due to the leaking roof I used until recently, to have frequent power outages for weeks at a time. This meant living without running water so animals were watered with rain water and I went to the village spring for drinking water. Washes took place in the kitchen using a bowl and kettles of hot water. Toilets were flushed with waste water once a day. My windows still have plastic bags taped over the missing panes and a lump of concrete fell out of the stone frame in my bedroom leaving a hole open to the elements. The firewood usually held up so one room was warm at night but last winter I often had to cut it for an hour a day. The rest of the house is unheated and damp, it is normal to see my breath in the house all winter. 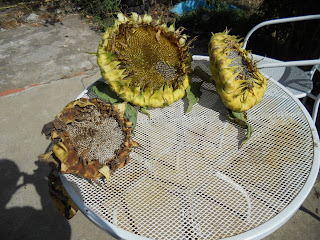 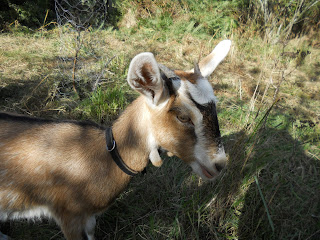 Having said the above I don't consider them hardships as such. My father was one of 12 and he slept 3 to a bed in a 3 bedroom house, unheated except for the coal fire and with an outside toilet. He and his brothers went barefoot in summer and shared a decent pair of boots between them, whichever boy had a job interview would get the boots. As a child we had an outside toilet, no central heating etc.  but this was fairly normal for the time. It is what you get used to. Nowadays people expect certain comforts but when you do without them, assuming you are in good health there is almost a sense of freedom, suddenly you can cope without what previously was considered essential. I think in the future society will need to reconsider all of those comforts it had previously considered essential such as the latest electronics, heating every room in the house to T shirt conditions, new cars and takeaway food to name a few.

For me my only hardship is living without my husband Tim.
Posted by The Hairy Ranter at 11:59