Most days have been cloudy and humid with an occasional hot one. This is unusual for Galicia but I blame climate change as weather is becoming increasing unpredictable. Our fabulous friend Billy came and did some brush-cutting and strimming for us. There is still more to do but it has changed my mood immensely from overwhelmed to positivity as order reigned over chaos in some areas. He has created raised beds in the polytunnel using locally grown and milled chestnut planks, and now I need to source some compost and manure to fill them up. At least watering is more effective as the precious water doesn't run off the beds, it now gathers on top and has time to infiltrate into the still rather poor soil. Once I have got the soil wetter I will mulch with barley straw. 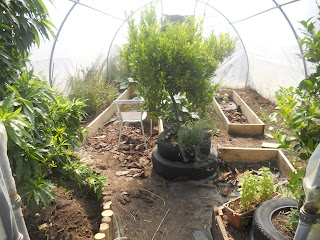 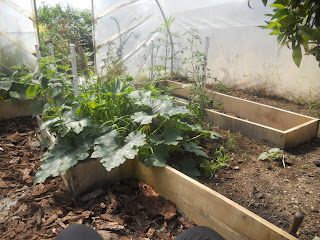 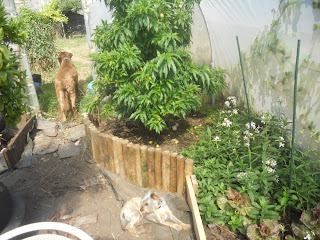 The orchard is looking great as well. Lots of fruit setting and the strimmed grass and bracken is now a mulch beneath the trees. 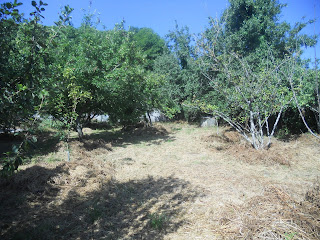 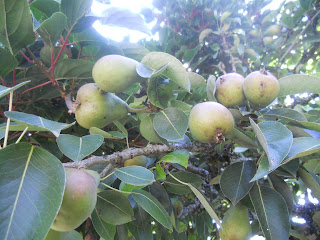 Pears are developing well, the quince has set fruit, there are tons of apples but I expect the trees to drop some as it gets hotter. I also hope to get my first taste of bletted european medlar this winter as the fruit has definitely set. No sign of kiwis yet. I think I need to wait until they are a bit older. Plenty of male flowers but no female flowers that I have seen. Even the hardy kiwis that are self fertile need bees to pollinate and the long cold winter and spring has resulted in fewer bees than usual. Perhaps some will emerge in the foliage as they get bigger. Talking of bees we have another small colony that have set up in our Warré top bar hive. As yet they are few, last years swarm died possibly due to hunger while we were both in the UK. Tim and I have our fingers crossed.

The loganberry is a vital part of our breakfasts and the edible day lilies are great in salads, other flowers are just beautiful and feed the soul. 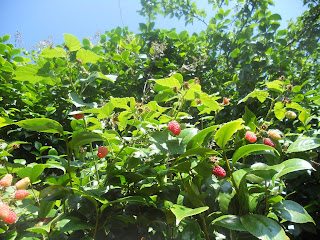 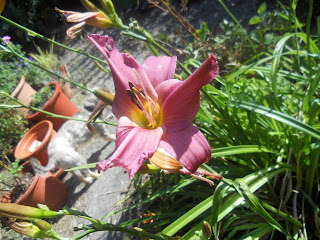 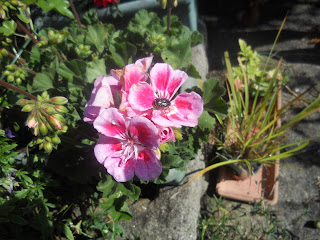 Finally mixed news on the chick front. We are down to seven chicks from the eleven we started with. One drowned in a water bowl when sneaking through a crack in the stable door and falling into the big chickens' water. The other three have been eaten by crows we think. The survivors are enjoying the sun with their mother but they are small enough to get through the fencing into the cattle field where they are easy targets for crows. The remaining chicks are less adventurous and dive into a bramble patch when the alarm is raised. We hope that they will remain healthy into chicken adulthood now they have became less foolhardy. 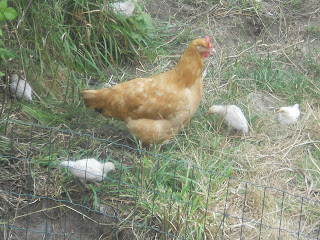